No one expects a princess to be brutal. And Lada Dragwlya likes it that way. Ever since she and her gentle younger brother, Radu, were wrenched from their homeland of Wallachia and abandoned by their father to be raised in the Ottoman courts, Lada has known that being ruthless is the key to survival. She and Radu are doomed to act as pawns in a vicious game, an unseen sword hovering over their every move. For the lineage that makes them special also makes them targets.

Lada despises the Ottomans and bides her time, planning her vengeance for the day when she can return to Wallachia and claim her birthright. Radu longs only for a place where he feels safe. And when they meet Mehmed, the defiant and lonely son of the sultan, Radu feels that he’s made a true friend—and Lada wonders if she’s finally found someone worthy of her passion.

But Mehmed is heir to the very empire that Lada has sworn to fight against—and that Radu now considers home. Together, Lada, Radu, and Mehmed form a toxic triangle that strains the bonds of love and loyalty to the breaking point.

I received a free ARC ebook copy from the publisher in exchange for an honest review.

I was so disappointed in this book. The premise sounded fantastic. What this is is basically a re-imagination of the life of prince Vlad III, also known as Vlad the Impaler or Vlad Dracula. He’s believed to have inspired Bram Stoker’s character Dracula. In And I Darken, Vlad is a girl called Lada. So I was intrigued. A young adult book about a female Vlad the Impaler??? Count me the hell in.

END_OF_DOCUMENT_TOKEN_TO_BE_REPLACED

The last time she did, it was an accident, but The Reestablishment locked her up for murder. No one knows why Juliette’s touch is fatal. As long as she doesn’t hurt anyone else, no one really cares. The world is too busy crumbling to pieces to pay attention to a 17-year-old girl. Diseases are destroying the population, food is hard to find, birds don’t fly anymore, and the clouds are the wrong color.

The Reestablishment said their way was the only way to fix things, so they threw Juliette in a cell. Now so many people are dead that the survivors are whispering war – and The Reestablishment has changed its mind. Maybe Juliette is more than a tortured soul stuffed into a poisonous body. Maybe she’s exactly what they need right now.

Juliette has to make a choice: Be a weapon. Or be a warrior.

I’m the most sporadic blogger ever right now, I’m sorry about that. I really need to get to reviewing all these books I’ve been reading these past few months though, so here’s to trying.

I apologize in advance to everyone who loves this book and/or this series. Nothing against you, just a lot against this book.

I read Shatter Me in June, so it’s quite a long time ago, but even though I don’t remember every detail of the plot (it wasn’t memorable to begin with) I still remember how reading it made me feel.

As you can probably tell by the rating, I couldn’t stand this book. I hated it in that trainwreck kind of way, you just can’t look away because it’s that terrible. It’s so terrible that it made reading it hilarious. This might be one of the funniest books I’ve ever read. The writing style cracked me up several times, I still can’t believe what I read was real.

The metaphors. Oh god the metaphors. The writing style in general. So awful. You just can’t make this shit up. Some find it poetic, I found it pretentious, over the top, and fake deep. Most of the time they do not even MAKE SENSE!!! For a metaphor/simile to be good it HAS TO MAKE SENSE.

END_OF_DOCUMENT_TOKEN_TO_BE_REPLACED

Kell is one of the last Travelers—rare magicians who choose a parallel universe to visit.

Grey London is dirty, boring, lacks magic, ruled by mad King George. Red London is where life and magic are revered, and the Maresh Dynasty presides over a flourishing empire. White London is ruled by whoever has murdered their way to the throne. People fight to control magic, and the magic fights back, draining the city to its very bones. Once there was Black London—but no one speaks of that now.

Officially, Kell is the Red Traveler, personal ambassador and adopted Prince of Red London, carrying the monthly correspondences between royals of each London. Unofficially, Kell smuggles for those willing to pay for even a glimpse of a world they’ll never see. This dangerous hobby sets him up for accidental treason. Fleeing into Grey London, Kell runs afoul of Delilah Bard, a cut-purse with lofty aspirations. She robs him, saves him from a dangerous enemy, then forces him to another world for her ‘proper adventure’.

But perilous magic is afoot, and treachery lurks at every turn. To save all of the worlds, Kell and Lila will first need to stay alive—trickier than they hoped.

I couldn’t be bothered to write my own synopsis this time, so you’re going to have to deal with the mile-long Goodreads one.

First off, let me remind you how much I love Vicious. I love it so much, I read it in one single sitting and it became one of my all-time favorite books. I basically inhaled that book. I sat down and sucked it in like a dementor sucking in a soul and it was glorious. So naturally, after reading that deliciousness I couldn’t wait to start this one because people have raved and raved and raved about it.

Magic, parallel worlds, a royal who is equal parts Prince Harry and Jack Harkness (Victoria Schwab’s own description of him), blood magic, magic coats, pirate girls… What could go wrong? Well. Buckle up and prepare for some unpopular opinions.

I started reading it this summer and I didn’t finish it until right now. That’s slightly more than just one sitting. Let me tell you why.

It is SO BORING. Like literally so boring. Things happen, it’s not that, it’s just the writing. The writing in this book is bland and lifeless and not at all engaging. That’s the main problem. It doesn’t come alive or spring from the page, it’s just… there. I zoned out constantly and kept having to go back several pages because I had no idea what was going on.

It’s just incredibly hard to get into and I never got into it, no matter how hard I wanted to (because I really wanted to). Every time I put it down I didn’t want to pick it back up, so it became a chore to finish. It had some good moments here and there, usually involving Holland and/or Rhy, but other than that it was a pretty dry read, unfortunately. I know I’m blaspheming right now, but there you go.

I was glad to see I’m not the only one who felt this way. When I skimmed through a couple Goodreads reviews I found Darth J, who felt the same way about the writing as I do (high five, Darth J). They used the perfect image in their review to describe this book: 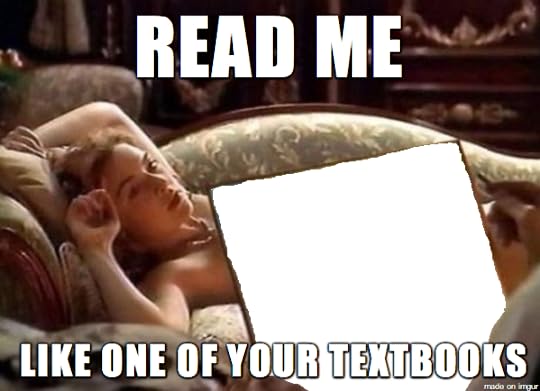 The only quote that stuck with me is this one, and it’s the one I’ve seen everywhere else.

Unfortunately, the things I liked didn’t make my reading more enjoyable. And I rate books mostly on my enjoyment, so it’s with a heavy heart that I give this beloved book such a low rating. It’s not that it’s a bad book necessarily, it’s just that it didn’t hit me in any way, shape, or form.

Am I just weird or do you agree? You probably don’t but let’s discuss it anyway.

Sixteen year old Jacob has throughout his life been told fantastical stories about the house where his grandfather grew up, a house on a remote island in Wales filled with children with special powers. One kid is invisible, another has bees coming out of his mouth, another (as seen on the cover) can levitate, etc. Jacob’s parents and his psychologist try to convince him his grandfather’s tales are just make-belief, but Jacob needs to know. He leaves with his father to go to Wales to uncover the mystery. Does the house exist? Did the children? Who is Miss Peregrine?

I’m going to start off this review saying that this book really disappointed me. It didn’t do what it promised. I’m very very reluctantly placing it in the “horror” genre because it read more like a much less compelling Gone by Michael Grant with a few pictures thrown in there because they look cool.

I bought this book back in 2012 because of the cover and the title, because both things promised me horror with creepy children. Creepy children are the best. They aren’t creepy. At all. That wouldn’t even have been a problem if the book hadn’t lied to me and pretended they were. Like I said I bought this in 2012 but I didn’t read it until this summer because by then I’d heard some things about how not scary it is. I was still disappointed even with that in mind because the whole format of the book just didn’t work. Don’t judge a book by its cover, kids.

The book consists of a mix of both text and pictures, like the one you see on the cover. The pictures are supposed to accompany the story, but I don’t think they were very seamlessly woven in at all. Sometimes the introduction of a picture felt forced. I could tell, even without consulting google first, that the author had intended this to just be a collection of some awesome pictures he’d collected but then was told he should write a story around them instead. I could tell. I wasn’t convinced at all.

The characters were all quite flat. I can’t really say much about them because they weren’t anything special. They all seemed to talk in the same voice too no matter if they were 5 of 18 years old.

A spine-tingling fantasy illustrated with haunting vintage photography,Miss Peregrine’s Home for Peculiar Children will delight adults, teens, and anyone who relishes an adventure in the shadows.
– Goodreads

Spine-tingling? No. No no nooo. Haunting vintage photographs? Sure. Delight adults and teens? Some maybe, but the entire time I read this I just felt like it comes across a lot younger than young adult. I’d say I would have enjoyed it when I was around 11-12 years old and read a lot of Goosebumps.

I quite liked the story up until a bit past the point where Jacob got to the house on the island. Up until then the atmosphere was quite eerie and mysterious (I also liked the gloomy Wales setting), but that all disappeared pretty quickly and it became a bit of a chore to finish.

The only reason I want to read Hollow City is to figure out what happened to one of the characters and if she will be all right. Though I don’t really feel like trudging through the entire book just for that, so I don’t know. I’ll probably pass.

All in all this book has a great concept that unfortunately didn’t work. The pictures are great, some are even really creepy, but it all falls flat when you compare it to the actual story written around them.

I’m so sad because I really wanted this book to be good. Have you read it, what did you think? I know I’m not alone in having this opinion but a lot of people rave about it too. Do you know any books about actual spooky children?