No one expects a princess to be brutal. And Lada Dragwlya likes it that way. Ever since she and her gentle younger brother, Radu, were wrenched from their homeland of Wallachia and abandoned by their father to be raised in the Ottoman courts, Lada has known that being ruthless is the key to survival. She and Radu are doomed to act as pawns in a vicious game, an unseen sword hovering over their every move. For the lineage that makes them special also makes them targets.

Lada despises the Ottomans and bides her time, planning her vengeance for the day when she can return to Wallachia and claim her birthright. Radu longs only for a place where he feels safe. And when they meet Mehmed, the defiant and lonely son of the sultan, Radu feels that he’s made a true friend—and Lada wonders if she’s finally found someone worthy of her passion.

But Mehmed is heir to the very empire that Lada has sworn to fight against—and that Radu now considers home. Together, Lada, Radu, and Mehmed form a toxic triangle that strains the bonds of love and loyalty to the breaking point.

I received a free ARC ebook copy from the publisher in exchange for an honest review.

I was so disappointed in this book. The premise sounded fantastic. What this is is basically a re-imagination of the life of prince Vlad III, also known as Vlad the Impaler or Vlad Dracula. He’s believed to have inspired Bram Stoker’s character Dracula. In And I Darken, Vlad is a girl called Lada. So I was intrigued. A young adult book about a female Vlad the Impaler??? Count me the hell in.

END_OF_DOCUMENT_TOKEN_TO_BE_REPLACED

There’s no such thing as safe in a city at war, a city overrun with monsters. In this dark urban fantasy from author Victoria Schwab, a young woman and a young man must choose whether to become heroes or villains—and friends or enemies—with the future of their home at stake. The first of two books.


Kate Harker and August Flynn are the heirs to a divided city—a city where the violence has begun to breed actual monsters. All Kate wants is to be as ruthless as her father, who lets the monsters roam free and makes the humans pay for his protection. All August wants is to be human, as good-hearted as his own father, to play a bigger role in protecting the innocent—but he’s one of the monsters. One who can steal a soul with a simple strain of music. When the chance arises to keep an eye on Kate, who’s just been kicked out of her sixth boarding school and returned home, August jumps at it. But Kate discovers August’s secret, and after a failed assassination attempt the pair must flee for their lives.

I don’t know how long this review will be, because I honestly don’t have that much to say. I have a very on-again-off-again relationship with V.E. Schwab. I gave Vicious a glowing 5 star review, it’s one of my all-time favorites and everyone should read it, but A Darker Shade of Magic bored me to tears.

END_OF_DOCUMENT_TOKEN_TO_BE_REPLACED 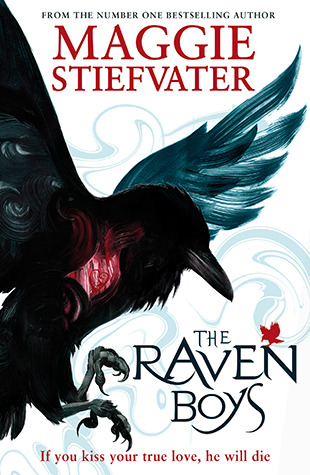 END_OF_DOCUMENT_TOKEN_TO_BE_REPLACED

I got the idea from this post after I considered doing the “2016 End of Year Survey” but found it to be too long and it quickly became repetitive as I kept answering the same few books for multiple questions. But I really wanted to answer this question, so I’m making it into a post of its own.

I’m going to be talking about the characters from the last reading year that are the freshest in my mind. Who stayed with me? Who do I remember as if they were a real person, or at least almost a real person?  Alternatively, who did just really like?

So here they are, in no particular order.

END_OF_DOCUMENT_TOKEN_TO_BE_REPLACED

Did you read my last post about the most disappointing books of 2016? Here’s the counterpart; my favorites! I’ve already talked about these plenty of times on my blog, but hey, some of you might be new here.

END_OF_DOCUMENT_TOKEN_TO_BE_REPLACED

I know I haven’t blogged much lately, but I love reading/watching this kind of thing so I wanted to make one. I’ll do one about my favorite reads as well, don’t worry.

This won’t necessarily be a list of the books I read in 2016 that I rated the lowest, but rather a list of books that I were excited about but that ended up falling flat. If this were to be a list of the very worst books I read, then Shatter Me would be on it. But since I didn’t have high expectations of Shatter Me, it didn’t really disappoint me either.